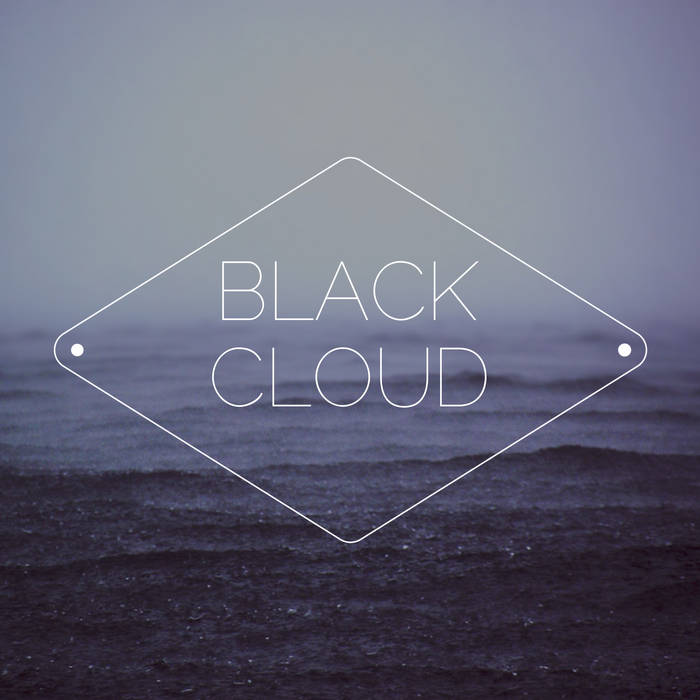 Black Cloud began at Aurora Coffee in the Virginia Highland neighborhood of Atlanta in the winter of 2012, with a black Leuchtterm 1917 notebook, a black Pilot Precise V5 Rolling Ball Extra Fine pen and a cup of black drip coffee. I was not wearing black eyeliner and a black bowler hat, but only because the goth kids in Atlanta are hardcore, and I didn’t want them to pick on me.

At the time, I didn’t know I was beginning the process of creating the lyrics for an album. I was just writing, and quickly. That first day, I had the framework for three songs. I wrote seven more over the next few months.

I worked mostly in Atlanta, where I am based, but I also wrote and edited my work as I traveled in Shanghai, Germany, Iceland, and San Francisco. At first, I worked alone. I didn’t share what I was doing. About halfway through the process, that changed, when I realized I had started writing with Daemon’s sounds in my head.

Daemon and I have been friends for years, and although we have worked on music together in the past, we had never truly collaborated on an original project. I enjoy (and even briefly helped him perform live) the music of Monster-0, and his dubstep and DJ work. But I most identify with the music he creates as “daemon” – Background Processes and Colorbeam rank among my favorite electronic albums. I was toiling at the slab, building the monster, sewing it together. But only Daemon could bring it to life.

In March 2013 I flew to San Francisco for the Game Developers Conference, and Daemon and I met for drinks at The House of Shields, a quiet, dark bar south of Market Street. I shared my vision for the project (which had no name at that time), and asked if he was interested in collaborating on creating it – my words, his music. To me, that’s when Black Cloud became real.

Over the spring and summer, Daemon started creating the music for the lyrics I had completed so far. In the meantime, I worked to finish the rest. We both knew fairly quickly that it was working. Songs started to fly back and forth between San Francisco and Atlanta. By September, Daemon had completed five tracks, including two electronic compositions. They told the story in ways I never imagined.

The result is Black Cloud Volume 1, a five-track daemon EP being released on 11.12.13. It’s the first in a series of three EPs that will eventually be collected in a full-length LP with bonus material.

Although its more sterile sister shop survives in Atlanta’s Little Five Points, the Virginia Highland location is no longer in business, which is sad. It was one of my favorite places in the area. It felt like a man with a briefcase had been scheduled to pop by and tell the owners that he was sorry, but the 1990s were over, and they would need to pack up and leave. But a clerical error had somehow prevented him from going, so everyone just carried on, oblivious to the temporal anomaly they shared.

The world is dotted with places like Aurora Coffee, shelters from the storm. There are, after all, things happening out there. And more seem to happen every day. They wrap recursively around one another, becoming something new. We are lines on a graph now, moving from the additive to the multiplicative to the exponential until we break the model. And the safe spaces, real and imagined, are becoming more important.

But the man with the briefcase always shows up eventually. And when he does, everything changes.

Daemon is a San Francisco-based producer/DJ who is still upset the '80s had to end.

Bandcamp Daily  your guide to the world of Bandcamp

outré black metal, with a Victory Over the Sun interview and music from Liturgy and Jute Gyte.